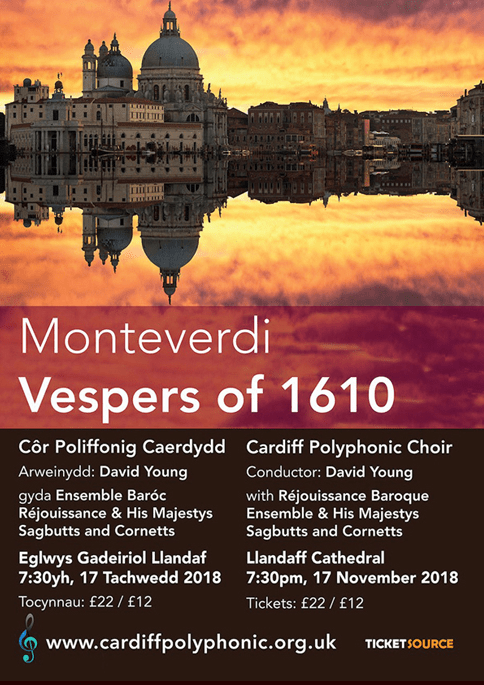 The choir’s next performance is Claudio Monteverdi’s thrilling Vespers of 1610.  The most ambitious work of sacred music before J S Bach’s great oratorios, this remarkable and monumental work combines flamboyance, grandeur, and breath-taking beauty. It features virtuosic vocal and instrumental writing in a unique sequence of music. Published in Venice in 1610, it is one of the greatest masterpieces of the late Renaissance.

The choir, under their conductor David Young, are joined by period instrument ensemble Réjouissance (leader: Simon Jones), virtuoso brass group His Majestys Sagbutts & Cornetts, and seven vocal soloists. The performance will take place in the beautiful setting of Llandaff Cathedral. 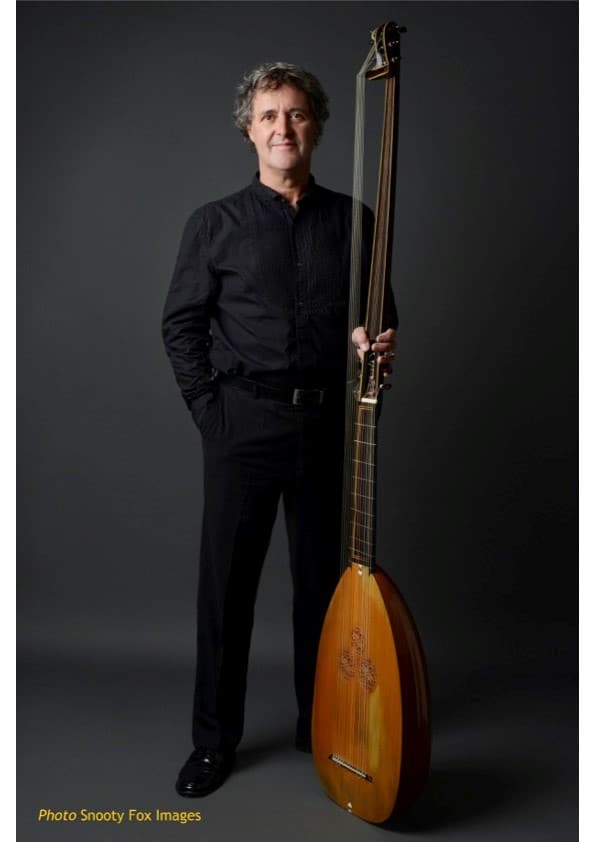 Cardiff Polyphonic Choir’s performance of Monteverdi’s Vespers in Llandaff Cathedral on 17 November features nationally-known players. David Miller, one of the country’s leading accompanists, will be playing chitarrone, an early Italian instrument with a wonderfully deep sound.

Returning to Cardiff, where he teaches at the Royal Welsh College of Music & Drama, he has recorded with top singers like Elin Manahan Thomas. Also the professor of lute at Guildhall School in London, he has made over 200 recordings as accompanist and continuo player.